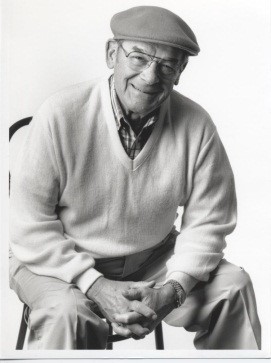 The Gainesville-Hall County Community Council on Aging will honor Dr. Henry S. Jennings, Jr. with its 1st Annual Quality of Life Award on May 7, 2015. Dr. Jennings was chosen as the first recipient of this special honor because of his commitment to improving the quality of life for residents throughout Gainesville and Hall County.

Dr. Jennings has had a long distinguished career serving others as a physician specializing in internal medicine, and as a volunteer with several organizations such as the Georgia Heart Association. In 1954, Dr. Jennings became the first board-certified internist at Hall County Hospital. He was soon joined by Emory colleagues Samuel O. Poole, M.D., and Warren D. Stribling, III, M.D. Together these three formed the initial core partnership of physicians known as “Jennings, Stribling, and Poole.” Shortly thereafter James Butts, M.D., joined the trio and the practice became “Jennings, Stribling, Poole, and Butts.” Growing steadily in physicians and patients over the decades, the practice eventually became the highly respected Northeast Georgia Diagnostic Clinic, consisting today of over thirty physicians (along with ten mid-level care providers) specializing in internal medicine along with numerous internal medicine sub-specialties.

The Gainesville-Hall County Community Council will host an awards ceremony and reception at the Gainesville Civic Center from 6 to 7:30pm on May 7th. If you have been touched by the work of Dr. Henry S. Jennings, Jr. please join us for this very special recognition as an event sponsor and/or guest at the ceremony. Proceeds from the event will serve our families, friends and neighbors who receive nutrition and support from Meals on Wheels and Senior Life Center programs. For more information please contact Phillippa Lewis Moss at 770-503-3340. Please see attachment for additional information about the life of Dr. Jennings. 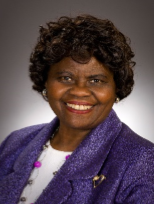 Myrtle W. Figueras served on the Gainesville City Council from 1996 until her retirement in December 2016. When ‘Ms. Fig’ retired from Gainesville High City Schools after 30+ years of teaching French, she simply stepped into a new level of leadership. For the past 19 years, she has been a driving force in the City of Gainesville representing Gainesville on numerous local and State Boards and inspiring the City of Gainesville to become one of the most awarded cities in the State of Georgia. During her tenure, Myrtle Figueras attained one of the highest levels of achievement issued by the Georgia Municipal Association, receiving the Certificate of Recognition, Certificate of Achievement and the Certificate of Excellence. Serving as Mayor 2001-2003; 2008-2009, each City Department has profited from Figueras’ involvement in initiating the Citizens Government Academy, completing many innovative building projects, including the Frances Meadows Aquatics and Community Center, the Fair Street Neighborhood Center, developing the Midtown Greenway and inspiring the revitalization and clean up neighborhoods, while improving housing and dilapidated areas. Endeavoring to educate as many as possible, our citizens participate in monthly informational discussions at the Citizens Advisory Roundtable, the Fair Street Area Neighborhood Planning Unit; youth involvement like Generation Inspiration, the Gainesville Multicultural Committee and many others. She was chosen as Girl Scouts Woman of Distinction, 2005, inducted into the Georgia Municipal Government Hall of Fame in 2012, awarded the Lifetime Service Award for 50 years of service to Gainesville, 2015, and the Tribute flying of a US Flag over the US Capitol in honor of her service to our City. Added to these recognitions, the Figueras legacy includes the Myrtle Figueras Scholarship for GHS students who study a foreign language, indicating that they can share relationships with all people. In short, Myrtle Figueras continues to dedicate her life to serving others.

Robert L. Hamrick served for 47 years with the Gainesville City Council from December 1969 to December 2015. As a retired banker, Mr. Hamrick made economic development and operational excellence his hallmark. If a proposal came to Mr. Hamrick that would make the City work better, he stood behind it. During Mr. Hamrick’s tenure, Gainesville has racked up numerous declarations and awards such as the GMA City of Excellence, Main Street Gainesville, Trendsetter Award and City of Ethics. Mr. Hamrick has always supported operational excellence for each of the City’s departments. It’s no wonder that the Police Department has been Nationally accredited since 1993; the Fire Department was one of the first to receive the ISO Class I insurance rating; the Housing Department received the first State ‘Magnolia Award of Excellence’; the Public Utilities Department received numerous awards including the State of Georgia ‘Outstanding Water System of the Year’, State of Georgia ‘Outstanding Waste Water System of the Year’, and ‘2nd Best Waste Water System in US’. The Community Service Center is also the only Georgia agency that had two actively accredited programs, the Meals on Wheels Program and the Senior Center program. 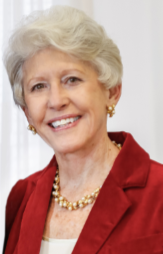 The Gainesville-Hall County Community Council on Aging will honor Dr. Martha T Nesbitt with its 3rd Annual Quality of Life Award on September 14, 2017. Dr. Nesbitt was chosen to receive this special honor because of her commitment to improving the quality of life for residents throughout Gainesville and Hall County.

As president of Gainesville, she presided over significant growth of the college, the opening of a second campus in Oconee County and the transition of the two year college to a state college offering select baccalaureate degrees. One of her proudest achievements was the fact that the college became the first in Georgia and one of the first in the country to become tobacco-free.

Dr. Nesbitt continued her professional activities after coming to Gainesville by serving on the board of the American Council on Education, Art Institute of Houston, John Gardner Institute for Excellence in Higher Education as well as chairing Visiting Teams for SACS. She also became involved in many community activities, serving on several boards, chairing the Fund Drive for United Way and serving as president of the Northeast Georgia History Center.

Even after retirement, Dr. Nesbitt has remained active by serving as chairman of the Georgia Nonpublic Postsecondary Education Commission, serving on the Executive Committee of the Northeast Georgia Health System’s Board, serving on the boards of Lakeview Academy and Elachee Nature Science Center and is active in the Wisdom Keepers, especially the ITNLanier project. Dr. Nesbitt and her husband, Pete, enjoy traveling and visiting family and friends in Montana and Florida. She also works in some golf and exercise classes. 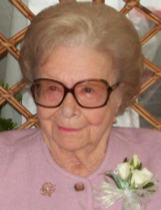 The Gainesville-Hall County Community Council on Aging will honor Celestia “Lessie” Bailey Smithgall with its 4th Annual Quality of Life Award on November 8, 2018. Mrs. Smithgall was chosen to receive this special honor because of her commitment to improving the quality of life for residents throughout Gainesville and Hall County.

That Mrs. Smithgall would go on to do great things in the world was probably set in motion at the time of her birth in 1911 East Point, Georgia. She was aptly named Celestia, which when translated from Latin means “heavenly” or “of the sky”. Mrs. Smithgall’s life is an example of one who aims high in all that she does. A loving wife and mother, a passionate journalist, author and business owner, a nature preservationist, a leader of numerous community board of directors, a devoted advocate of the arts and committed philanthropist, Mrs. Smithgall’s contributions are not just one time hits, but are the kind of things that leaving a lasting impact on communities. One need only walk through the beautiful Atlanta Botanical Garden-Gainesville, A Smithgall Woodland Legacy created on land donated by Mrs. Smithgall and her late husband, Charles Smithgall, Jr., to know that it will impact many generations to come.

Mrs. Smithgall has perfected the art of partnering with others to help others. She is a member of Gainesville First Baptist Church, the Girl Scouts, a charter member of the Northeast Georgia Writer’s Club, a former member of the American League of Pen Women, a long-time member of the Gainesville-Hall County Junior League and a Brenau University Trustee Emeritus. As a devoted advocate for the arts, Mrs. Smithgall has also served as a trustee and member of boards such as the Georgia Council for the Arts, Atlanta Symphony Orchestra, Board of Trustees for the Woodruff Arts Alliance and is an honorary Trustee of Kneisel Hall Chamber Music Festival. Mrs. Smithgall has been instrumental in nurturing several other organizations such as the Georgia Citizens for the Arts, the Arts Council in Gainesville, Georgia Sponsors for the Atlanta Symphony, Theatre Wings and Theatre Wings Endowment - an Alliance Theatre Support Group, Atlanta Opera, Gainesville Theatre Alliance, Gainesville Symphony Orchestra, Gainesville ProMusica, Northwinds Symphonic Band and the American Opera.